The Malthouse story all began at 47 Willis Street, and has in its history been home to a succession of fine drinking establishments ever since the building was first built in 1910. God only knows how many people have sat at tables there – or lain underneath them since!

Back in 1910 there formally stood arguably Wellington’s first and finest hotel – “The Barrett’s” – all five stories of it!! Somewhere it lost three stories and it must have been well, one hell of a party!!! Actually there was a huge fire in 1983 that caused so much damage that it was decided to demolish the floors rather than fix them.

Then along came the “New Barrett’s Bar”. This was without a doubt Wellingtons most popular inner city bar in its time. It closed when The Chase Group were about to knock down the building and erect a twin to the BNZ tower. The crash of ‘87 put an end to that, and the building remained empty for a number of years.

It still to this day features a fantastic balcony, which was back then not allowed to be used in case it was not strong enough to hold people. That was until an enterprising engineer looked up pictures of when the Beatles were in town back in the late 60’s, and that then revealed hundreds of fans jumping on the balcony as they cheered on the Fab Four. It was then proved OK to have a few diners sitting with a beer or two on it!

The building itself was once at the water’s edge on the Wellington’s waterfront!

That was the beach line at the turn of the century before the council decided to create more space by reclaiming part of the harbour.

Before the grand opening of The Malthouse at 47 Willis back in 1993, we tried to reinstate an outside craft beer pool but we were rebuffed in our efforts.

Oh well, what could have been…

I met a Pink Elephant Mammoth – a rich dark beer made by Englishman Roger Pink in Blenheim. I initially tried this beer because it was strong – I kept drinking it because it was so flavoursome. My beer conversion happened on the balcony of the old Malthouse when I should have been in Philosophy 101. Whole new vistas of beer were opened up to me and I’ve been frolicking happily in them ever since
Neil Miller | Wellington Beer Writer 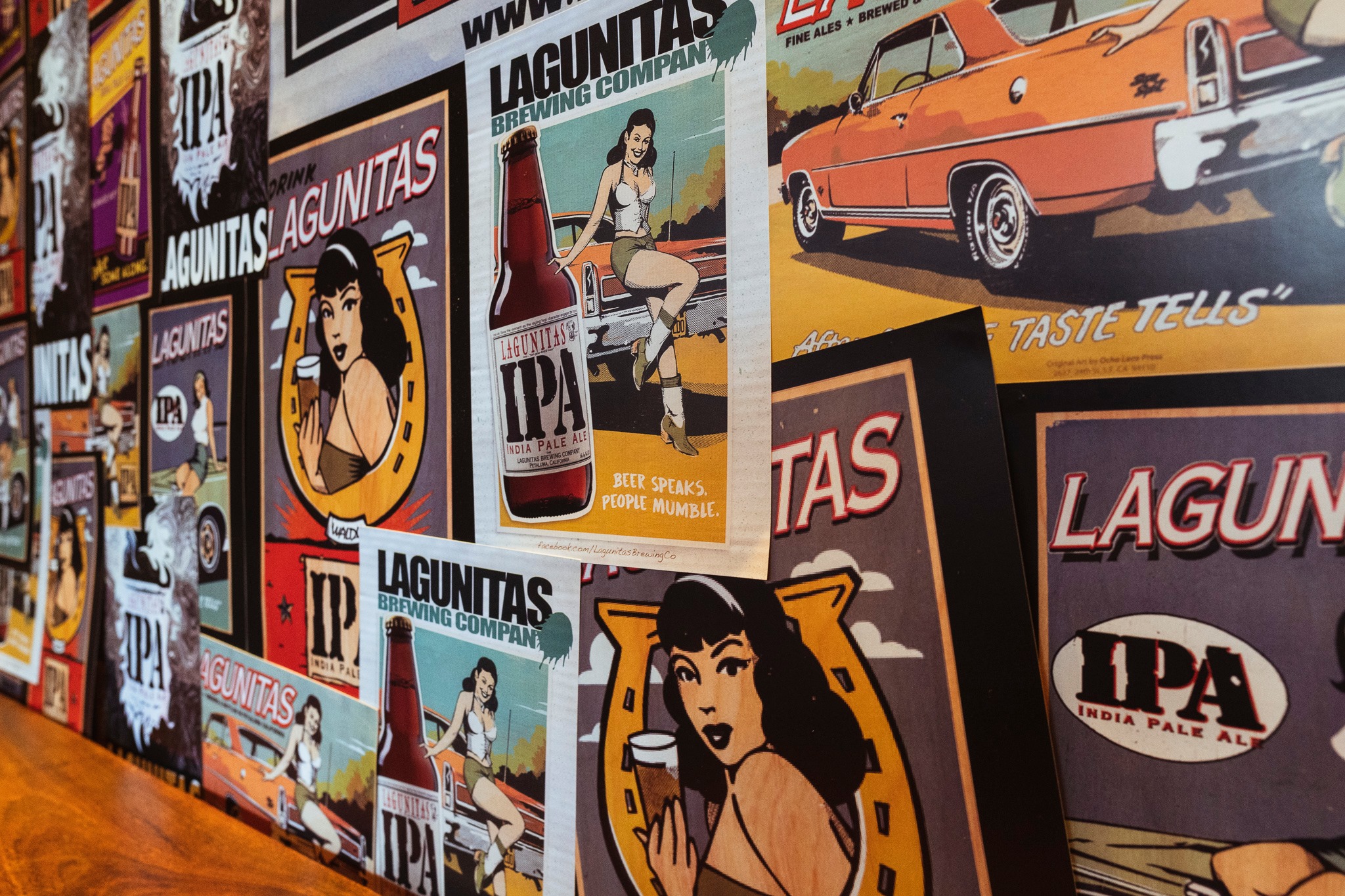 The Malthouse opened in 1993

We opened in 93′ with 30 taps, and most of the beers on offer were from craft brewers. Names like Pink Elephant, McCashin’s, Stonecroft, Emerson’s, Sunshine Brewery, Anchor, Newbegin, and Old Whaler to name a few were pouring from our taps. Some of them are still around but most were not able to compete with DB and Lion’s offerings. This was the very beginning of craft beer being available in Wellington. There was Regional Wines and Spirits and Bar Bodega, but that actually was it in the entire city.

The Malthouse being the busiest bar in the city during this time, introduced craft beer to many Wellingtonians for the very first time. If you were into craft beer in the nineties, it is a fair bet you had a pint or two at The Malthouse at some point!

The Willis Street bar was hugely popular with nearby workers and also attracted crowds from many miles to try some of the more unusual beers we had on offer. We quickly lost track of how many ‘firsts’ we were racking up on the beer front.

And then we moved…

Ultimately the re development game moved ahead again, and the Willis street building was purchased, with the bar having to move. A failed bar became available and we upped sticks to our present home at 48 Courtenay Place in 2007.

The bar then decided to do away with commercial beers altogether and only had the ‘big brewery” beers available by bottle only. Quite a radical move at the time, but it became a key part of our success.

Malthouse made history many times, none less so than by hosting The West Coast IPA challenge. Originally a contest between Epic and Hallertau Brewery, it quickly grew to the point that 20 plus breweries made a beer for it, and the event is still one of the biggest beer events in the country.

Malthouse continues to be the thriving craft beer hub of Wellington that we started out as in 1993. These day’s we have an impressive rotating 30 craft beer taps with every beer style imaginable and over 85 different beers in our fridges. As we celebrate our 30th birthday next year, who knows… we may even be on the move once again!